For example, everything in the human body already exists in perfect form in Tachyon. An excellent example can also be found in the animal kingdom. We know that animals that have not been influenced by human beings lead a completely healthy life. For example, the life span of a mammal is up to seven times its development period. For a human, this would mean 140 years of totally healthy life. Of the 40,000 known to human medicine, only a few have been recorded in wildlife! This is because wild animals do not have the ability to block their energy continuum and, consequently, cannot cause deficiency or various diseases.

Nature is obviously almost perfect, and so is tachyon energy. The energy continuum is a constant flow of energy flowing from unlimited zero-point energy, which is then condensed into a tachyon form, faster than light. Then there is an interaction between tachyon and SOEP, turning it into specific frequencies of SOEP, thus creating an energy matrix from which all physical forms are later formed. The energetic continuum contains both an infinite, formless expansion and a finite densified shape. Once we understand how this energy continuum works, we can also deduce the consequences of blockages in the downstream energy flow through its different levels. From the perspective of overall healing, the perfect healing is one that links healing on the physical, emotional, mental and spiritual levels. We evolve up a continuous spiral from peace and then chaos to a higher level of peace and through chaos and disease to an even higher level of peace. Chaos is a stepping stone from one level of peace to another higher level of peace. Everyone experiences it, whether it is aware of it or not. Every new level of peace is a new level of health. Tachyon energy is the key that will guide us through the chaos and distress of our everyday life and create a new life system and quality. The use of tachyon is not only an overall model of treatment, but also a process whereby each of us can move towards complete health and unity with all that exists. 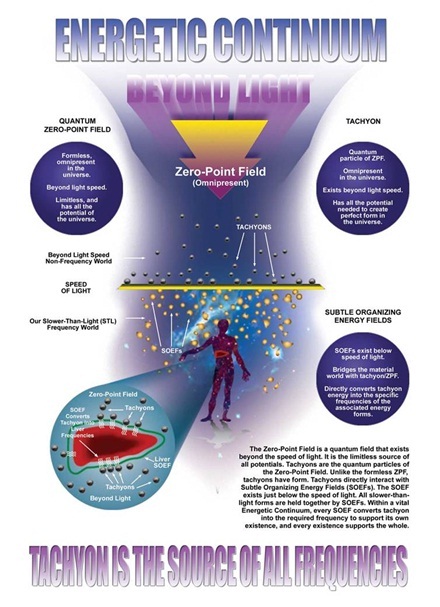 The first figure shows the interaction of evolutionary interaction between tachyon, which is faster than light, and our world, which is slower than light. Tachyon meets the SOEP pioneer here. SOEP converts tachyon into the frequencies required to further develop a pion to a muon that has a SOEP 10 times greater than the pion. When a muon encounters a tachyon, it converts into an electron that is SOEP up to 207 times the SOEP muon. This is the beginning of the energy continuum.

In this example, SOEPs convert tachyon to a frequency exactly required for optimal human heart health. The zero-point energy, which does not take form and moves faster than light, is condensed to tachyon particles that still move faster than light but, in contrast to zero-point energy, are already in shape. Tachyons and SOEP interact. SOEPs convert tachyon energy to all possible frequencies of the universe. All forms of the universe consist of frequencies that hold together by SOEP. SOEP takes energy directly from tachyons, which represent the formless zero-point energy that is ubiquitous in the universe. (a picture) 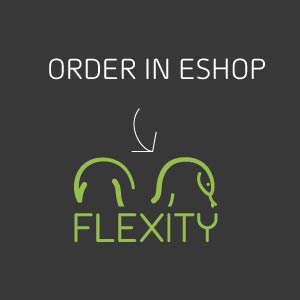